Sadly, we have now removed Worldcoin from Bittylicious because of consistently low sales. There was a good effort from one Worldcoin member to get some volume through, but sadly this was not sustainable.

Quark and Blackcoin are both suffering very low volumes at present as well, and are thus both at risk of being removed. Peercoin has fared a lot better over the last three months and is now back in the safe zone.

Altcoins Comments Off on Worldcoin removed. Quark and Blackcoin at risk

Bittylicious Brokers are the Nicest 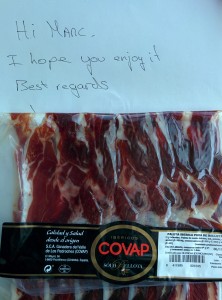 Bittylicious users often enjoy pretty good rates, exceptionally quick purchases and brilliant customer service, but we would just like to toot our own trumpets a little by saying just how darned well nice the brokers on the platform are.

The main admin (Marc) helped out one of the brokers who was having issues with their bank account being frozen. Marc wrote a letter to the bank stating that his transactions were legitimate. In part because of this, the broker’s bank account was made available again. As a wonderful gesture of thanks, this broker sent Marc some lovely jamón brought all the way back from Spain. Yum!

Sometimes issues happen, often caused by external services such as banks. The first line of support is the brokers, who pass issues up the chain if needed. These are the guys and girls that keep the Bittylicious platform running so well, and they’re a really decent bunch of people. Bravo!

Random Comments Off on Bittylicious Brokers are the Nicest

This week’s cover story for Money Week is a well written article by Dominic Frisby that talks about Bitcoins. It quite rightly states that Bitcoins, and blockchain technology, will drive the money revolution.

There is a good background showing that it marries cash with classic digital money, proof that it works (see how the black markets fare!) and then talks briefly about the future including smart contracts.

On page 26, the final page of the cover story, Dominic talks about how to actually get Bitcoins, with Bittylicious being the main site mentioned here:

“Go to bittylicious.com. Paste your wallet address
where it says “bitcoin address”, then deposit some money.”

Dominic published his book, Bitcoin – The future of money? in November 2014 and it’s gotten some excellent reviews. We’ve just ordered our copy.

In The Media Comments Off on Bittylicious featured in MoneyWeek

Sadly, we have removed Vertcoin for sale from Bittylicious because of a lack of demand. The last sale was on 9th February 2015.

It is looking like Worldcoin will be the next to go, with the last sale on 29th March 2015 and only £454 worth of sales in the last three months. Quark and Peercoin are faring a little better, but are still at risk.

Bittylicious needs to, from time to time, purge coins that are no longer in demand. Each coin on Bittylicious takes up significant resources and stops being sustainable once demand drops to a low level.

Uncategorized Comments Off on Vertcoin now removed, Worldcoin to follow

NuBits is the latest cryptocurrency to be listed on the Bittylicious platform, and it is available to buy via UK bank transfer and SEPA bank transfers across Europe.

The most interesting feature about NuBits over most other cryptocurrencies is its focus on price stability. One NuBit is intended to cost a certain price, and this is reflected on Bittylicious with one NuBit being $1 USD (converted into the appropriate British Pound or Euro price). There is a dedicated page on the NuBits site saying how this is achieved.

Altcoins Comments Off on NuBits now on Bittylicious

Digital Currencies: Our Take on the Call for Information

HM Treasure recently published a report summarising the inputs received for their call for information on digital currencies.

The report seems to present an accurate summary of the main benefits and disadvantages for against digital currencies that we have heard of, with a primary focus on its use as a currency rather than Bitcoin 2.0 topics such as smart contracts. This is wise, given the maturity of using cryptocurrencies as a “money”.

The government’s next steps are as follows:

I think few would disagree with the increased funding research into digital currencies, or the improvement in skills, tools and legislation to identify and prosecute criminal activity relating to illegal use of digital currencies.

I believe that the proposed steps regarding regulation are generally sensible. Some AML regulation for digital currency exchanges, including Bittylicious, makes sense to me. I feel it may be wise to limit this to on and off ramps at this stage rather than crypto-to-crypto exchanges. A light touch approach, such as HMRC’s general AML policies, make sense for fiat-to-crypto exchanges, and many legitimate businesses such as ourselves are already implementing such procedures, even if not required. Bittylicious doesn’t require KYC documents for small(ish) purchases and sales, but we do for larger purchases. This is actually mostly for anti-fraud reasons, but this goes hand-in-hand with general KYC best practices.

In addition, I particularly like the initial approach to produce a set of voluntary standards for consumer protection rather than harsh regulation which will drive out innovative, small companies. A standard seal, or something along those lines, may be a good confidence indicator for consumers.

What we would like to see is more of an emphasis on convincing or even forcing banks to cooperate with cryptocurrency businesses and offer bank accounts of some sort. This is lightly mentioned in the report, with (in our opinion) a fairly poor excuse, and it would have been great to see this pushed along more strongly.

All in all, the response seems sensible and it is refreshing to hear a government that is not going overboard like certain states in the USA or even Germany trying to fit digital currencies into a legal box that doesn’t quite suit.

At Bittylicious, we maintain a full node for each of the coins we have available for sale. This uses up server resources and also takes up extra page space.

Occasionally, we look at the altcoins we offer to see if any are under-performing, i.e. the interest in them is low. We were surprised to see that the sales on some of the altcoins haven’t just been low, they’ve been low to the point of making them unsustainable on Bittylicious.

Four altcoins are at serious risk, with two others also under-performing. We consider an altcoin to be at serious risk when the sales generated is less than or around £100 per month. This results in a profit of less than £1 per month, so this cutoff is already very generous. We really like all the coins on here and they all offer some sort of innovation, but at these levels, we cannot maintain them on the platform. For comparison, the amount of Bitcoin sales over the last three months is around £2 million.

The coins at serious risk of removal are (and total amount sold over the last three months):

The other coins under-performing are:

We need more engagement from the communities of these coins in order to promote them on Bittylicious, and also possibly for other sellers of these altcoins to offer them. A Worldcoin team member contacted us just before we published this and they have been promoting Bittylicious, raising their position in this list. This is the right thing to do – get the word out there and let us know if we can do anything to help, and we encourage all of the other altcoin teams to also get more engaged.

Cash payments: use it or lose it 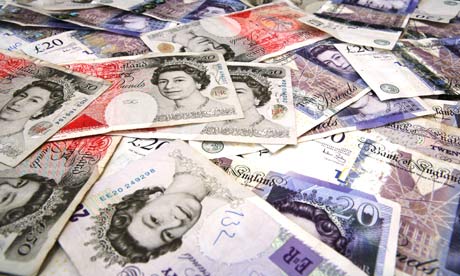 Bittylicious recently suspended its cash payments option but we have been in intense negotiations about how best to try and continue this service.

The cash payment service involves taking a payment slip to any one of over 10,000 Payzone locations in the UK. These are typically corner stores and other small shops. The Bitcoins are sent within a few minutes of the cash being accepted by the shop. It’s a quick and easy way to buy Bitcoins without needing a bank account, but it does require ID to be uploaded.

Cash payments are not a money spinner for Bittylicious and actually are not very popular. We typically sell £1,000-£2,000 per month, and this results in a profit for us of no more than £50 per month. Cash is often the cheapest way to buy Bitcoins on Bittylicious, or at least close to the cheapest.

Bittylicious has been given an offer to continue this service but at a minimum monthly cost of £250. This doesn’t make sense financially at the moment, but we like this service a lot and we know that some of you also enjoy using this option.

What would encourage you to use the cash service more often? Should we continue offering this service? We cannot subsidise it forever so we need to increase usage of the service. We would welcome your comments below.

Cash payments on Bittylicious are suspended for the time being. We are working with the cash payment processor to see if this is likely to be a temporary issue or permanent, but it is likely that cash payments will not be available for at least one week.

Cash payments on Bittylicious involve going to a Payzone location, typically a local corner store, of which there are over 10,000 in the UK. We are working hard to try and maintain this popular functionality, so please bear with us. 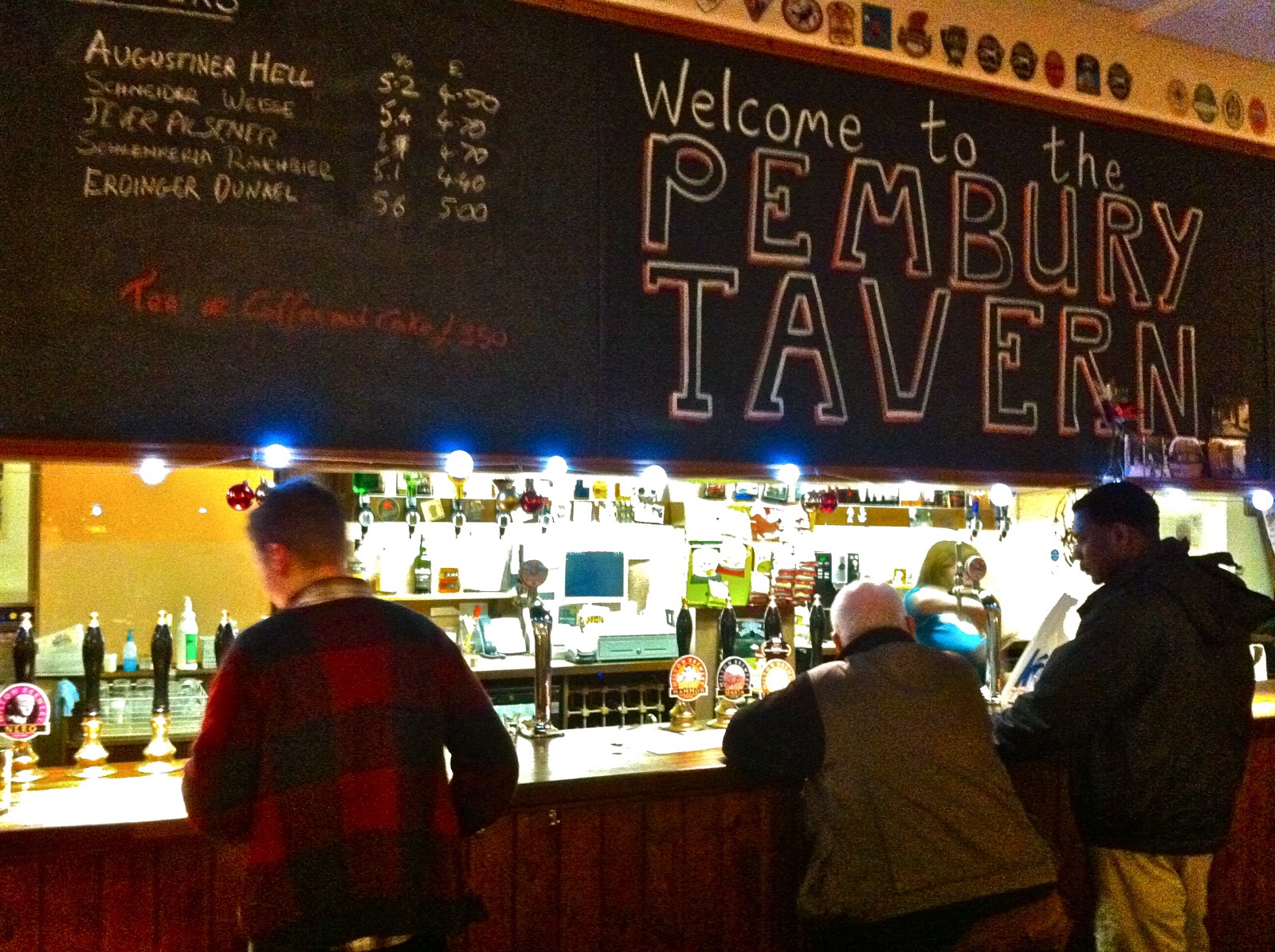 Some Bittylicious regulars, including staff and sellers, will be meeting up at The Pembury Tavern on the evening of Friday 12th December starting at around 6.30pm. This pub is in Hackney, London. Everyone is welcome to join us for an informal evening of Bitcoin chat, and you can pay for your beers and food using Bitcoin as well.

Look out for a big ‘B’ symbol on one of the tables. Hopefully we can light it up and it’ll be pretty obvious where we are, so come and say hello.