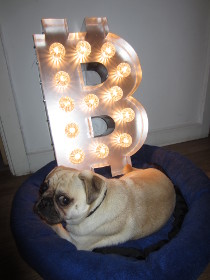 London, 10th February 2014. Bittylicious is proud to announce the arrival of two new altcoins onto its platform: Dogecoin and Quarkcoin.

Users in the UK are now able to buy Dogecoin and Quarkcoin in pounds simply by performing a bank transfer to a Bittylicious bank account. This drastically simplifies on the extra steps that were previously required to either convert and transfer money abroad, or to first buy Bitcoins and then exchange these. For the first time, UK buyers can use a major exchange to buy Dogecoin and Quarkcoin directly.

Dogecoin is a Litecoin-derived cryptocurrency that is based on the Doge internet meme. Although from a technical perspective it only has tweaks to the Litecoin protocol, it has a huge community doing a lot of work to increase the publicity of virtual currencies, including notable charitable efforts.

Quarkcoin is another altcoin which features nine rounds of hashing (as opposed to one for most other coins) which makes it strongly resistant to ASIC and, to a lesser degree, GPU mining.

Bittylicious is continuously looking for further sellers on its platform to offer both Dogecoin and Quarkcoin both in the UK and abroad. Sellers simply need to have access to a bank account that accepts instant bank transfers.